Blurred Magazine was created by six opinionated young creatives to explore everything related to gender identity, as well as cross the boundaries of gender stereotypes. The main aspect we concentrate on is giving a voice to those who struggle to be heard, with a strong focus on the LGBT+ community.

Blurred Magazine is the only ‘umbrella’ magazine for the LGBT+ as well as heterosexual consumers that covers a broad range of cultural topics to help broaden readers’ mindsets and encourage them to understand who they are. Blurred It was created to embrace individuality, inspire those who struggle and educate the curious on everything connected to gender. 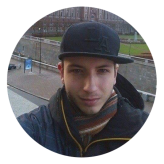 “Most people think, by looking at me, that I’m a stereotypical cis-gender straight male, but this is far from the truth. I cry when I watch the ending of Titanic and I’m not a tough guy at all. I love every human no matter what they identify themselves as or look like.”

“I love to wear menswear – it’s the most comfortable & stylish thing ever. And if anyone has a problem with it – for me, ‘men’s’ is just a label.”

“I am a people person. I believe in freedom and individuality and for that reason, I believe that love and fashion shouldn’t have gender. Blur these lines and let people be who they want to be because at the end of the day we’re all humans and that’s the hardest thing to be.”

“I defy the gender spectrum by asking others why is it okay for a man and a woman to be together and not a man and man or a woman and woman. In this world, we need to be accepting of others regardless of their background, sexuality or the colour of their skin.”

“I believe in choosing the freedom in whatever you do, whether that is through gender, appearance, belief of sexual orientation. You name it, I’m most likely for it. I’m also for coffee, I love coffee but that’s not important.” 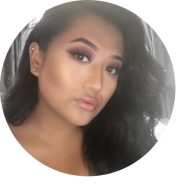 “I cringe at people who say love is to be between a man and a woman. The world has evolved so much and people are more open to the idea that love is a feeling that should not be restricted by what’s in your pants but what you feel in your heart.”